A project valued at about HRK 28 million of which HRK 20 million was an EU grant.  The incubator is located on two floors with a total space of 2,000 square metres and will comprise 28 functional units – flexible offices, fab-lab workshops, offices and cabinets. The Trokut centre is aimed at providing office and workspace for young IT entrepreneurs who will create a positive business climate and open new jobs in that central Dalmatian city. 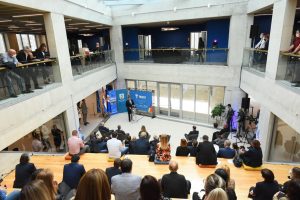 The centre fits into three development directions for the city – tourism, economy and education. Sibenik has implemented all planned EU projects so far, the mayor Zeljko Buric said.

They all had their objectives, employ people and raise the standard of living for citizens. That is what Sibenik is doing with the Trokut project too, the mayor said at the opening ceremony. 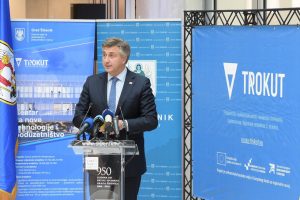 Prime Minister Andrej Plenkovic, who attended the ceremony, said that at first look it is obvious how much Sibenik and the entire county has developed over the past ten years and that Trokut is yet another indicator of the benefits of Croatia’s membership to the European Union.

City official Petar Misura underlined that the Trokut centre is earmarked for the IT sector, young creative enthusiasts and digital nomads. 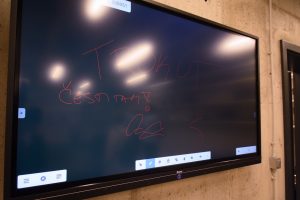