The main idea of the business club is to have the largest 15 companies that participate in the trade relations between North Macedonia and Croatia.

Secretary Vito Mitrovski, for Diplomacy&Commerce magazine,  talks about the structure of economic cooperation between Croatia and North Macedonia, positioning in the markets and activities of the Macedonian-Croatian Business Club. 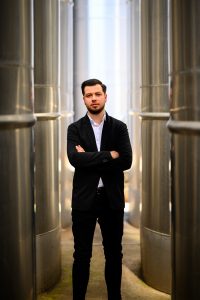 The main obstacles between the size of exports and imports are often the deviation, differentiations in tariffs- in essence the taxes on imported goods. There are also other non-tariff obstacles that come in the form of national trade regulations for purchase and control of trade. With their positive modification and significant reduction, a great part of the export/import bans could be avoided which would facilitate the trade relationship between the two countries.

Having in mind the shared history of culture, languages and proximity between North Macedonia and Croatia, space for improvement is seen in the production of items in the food industry- wine, confectionery, greens, waffles, as well as medicine, chemical products, construction materials and companies. Successfully targeted efforts in analysis of the demand in the Croatian market, studies of their national regulations, controls, purchasing structure and power, would enable a proper modification of the Macedonian product, so that it becomes a better fit for the targeted market.

The main idea of the business club is to have the largest 15 companies that participate in the trade relations between North Macedonia and Croatia. The goal of the club is the promotion of both markets, improving the effectiveness in bringing both economies in closer economic ties, and resultingly, expanding the members of the club. The club will provide a positive marketing for the companies, increase networking opportunities, access to development plans and ideas and overall increased communication among participants which will result in an increase of product and service placements in the Macedonian and Croatian markets.