The World Bank (WB) has upgraded its forecast of Croatia’s growth for 2019 mainly thanks to solid domestic demand while the growth rate is expected to slow down over the next two years due to a slower increase in household consumption and investment as well as due to weaker foreign demand. 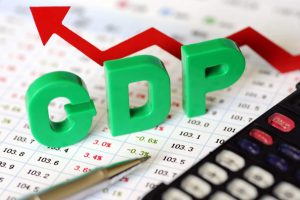 Croatia’s growth is expected to pick up slightly in 2019 to 2.9%, the World Bank forecast in its Economic Update (ECA) Fall 2019 released on Wednesday, upgrading it from its June outlook by 0.4 percentage points.

The WB slightly increased its outlook for Croatia’s growth in 2020, by 0.1 pp to 2.7 percent, while in 2021 it foresees a slower growth of 2.4% which is equivalent to its June outlook.

Household consumption will make the largest contribution to overall GDP growth, which WB foresees will increase by 3.7%, reflecting further growth in employment and wages but also rising household borrowing.

A significant contribution could also come from investment activity both in the public and private sectors, partly reflecting greater EU funds absorption.

The trade balance will continue to deteriorate and is expected to be higher than in 2018 considering that imports are expected to grow driven by strong domestic demand while exports are set to moderate and remain at last year’s level.

In the next two years economic growth is expected to slow down due to expected slowing of household consumption as employment and wage growth gradually decelerate.

Investment growth too is set to moderate with an estimated growth of 6.4% of gross fixed capital investments in 2020 and 6.3% in 2021.

Exports might also edge down on the back of weak external outlook.

“Risks are skewed to the downside. Exports of goods are exposed to the risk of faster slowdown in external demand of Croatia’s main trading partners,” the WB underscored.

“Tackling the weak potential of the Croatian economy would require a broad structural reform agenda with the aim to increase low productivity by raising the quality and mobility of both human and physical capital,” the WB said.

The WB warns that the decline in public debt could be negatively influenced by “strong pressures for wage increases in the public sector and a possible increase in spending before the general elections scheduled for Autumn 2020.”

The report adds that “moderate economic growth should lead to steady income growth for the poor.”

“Assuming that growth from 2019 onwards is equally distributed across all individuals, poverty would decrease from 4.2 percent in 2018 to 3.9 in 2019 and further to 3.3 percent by 2021,” the WB says in its autumn outlook of Croatia’s growth.