15 million tourists arrived in Croatia, realising 86.6 million overnight stays, according to data from the eVisitor system.  This is 40 percent more arrivals and 27 percent more overnight stays compared to the same period last year, the Ministry of Tourism and Sports said in a statement.

Compared to the record year of 2019, 91 percent of arrivals and 96 percent of overnight stays were achieved in the same period.

According to the type of accommodation, the most overnight stays were in household facilities (33.9 million), campsites (17.6 million) and hotels (17.2 million).

“I congratulate the entire sector on these outstanding results, and apart from tourist traffic, which is almost at the level of 2019, we can be especially satisfied with the financial results, which are even better. As was shown at the very beginning of the year, when already in the first quarter we achieved higher revenues from foreign tourists than in the record year of 2019, this continued and in the current part of the year we achieved almost 600 million more in the value of fiscalised invoices than in the whole of 2019.  The announcements for the postseason are very good, and I believe that such results will be achieved at the level of the whole year,”  said Minister of Tourism and Sports Nikolina Brnjac. 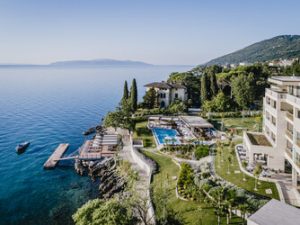 According to the data of the Tax Administration, from the beginning of the year until August 30, a total of 28 billion and 931 million kunas were taxed in tourist activities, that is, 64 percent more than in the same period last year.