The former Istragrafika, which currently operates under the name AR Packaging Croatia, will change its name to GPI Istra, after last November Graphic Packaging International (GPI) took over the AR Packaging group. That  integration also including Kanfanar. In the first half of this year, GPI Istria recorded a significant increase in revenues, especially exports, and for the first time more than half of its business is exports, i.e. 55 percent of total revenues. 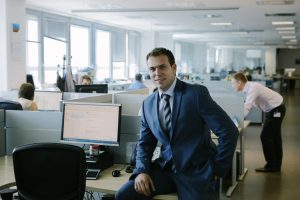 “We are pleased to have returned the name Istria to the name of our company. In the last 5 years, we have changed our name several times, but we believe that everyone knows which company we are talking about when we mention the packaging factory from Istria,” said Marko Despot, director of the factory in Kanfanar.

One of the priority activities of the integration process was the change of visuals and name of the factory. GPI has over 140 packaging factories, of which over 30 are in Europe and 8 cardboard factories in the USA, and employs over 24,000 employees. The largest export markets where they operate are Slovenia, Italy, Germany and Austria, and part of the exports go to the Canary Islands. Export growth is the result of the successful work of the local sales team on the regional market, but also the growing implementation of European key customers of the GPI Group, the company says.