After the opening of the new Musicology Barcaffe Sessions season in Zagreb, where the French-Moroccan singer and songwriter Hindi Zahra held an outstanding concert in September at Tvornica kulture, performing in Croatia for the first time, the audience will be able to enjoy performances of two amazing bands in the autumn part of the season.

Eleven years after performing in Zagreb, the „Acid Jazz“ pioneers in London, The Brand New Heavies, are coming back to Zagreb, where they will have a concert at Tvornica kulture, on October 26.

The band was formed back in 1985. by the drummer/keyboard player Jan Kincaid, guitarist, Simon Bartholomew, and bassist/keyboard player Andrew Levy – long-time childhood friends from a suburb of Ealing, in London. Originally they played instrumental music, inspired by James Brown and the „Meter Records“, that the band was obsessed with at the moment.

The trio soon started writing their own music. Their first demo was played in the „Cat In The Hat“ club and had an energetic positive reaction. Not long after that, brass was added to their sound. By performing, The Brand New Heavies quickly became a sort of cult in the London clubbing scene.

After their success in the national area, the band signed an agreement with „Delicious Vinyl“, placing them on the American market as well. Songs such as „Dream Come True“ and „Stay This Way“ put them in the very top in the world music charts, making them the first British group to succeed like this with a debut single, since Soul II Soul a couple of years earlier.

Q-Tip and MC Search influenced the band with their hip-hop sound, so they published „Heavy Rhyme Experience Vol. 1“, an album that featured rappers such as Main Source, Gang Starr, Grand Pub and Pharcade. 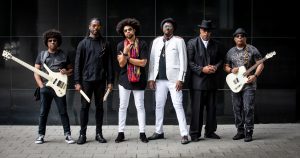 The band leaders, Simon and Andrew are also the songwriters and producers of 16 singles that ended up on top 40 list charts, while selling more than 2,5 million copies.

The second concert, which is also the last one in the autumn/winter part of the season, presents a special kind of music celebration. Prince’s band, with original members, is celebrating Prince on a world tour. They will perform in Zagreb on December 15, at Tvornica Kulture and this performance will be the closest thing to Prince our region will ever have a chance to experience. 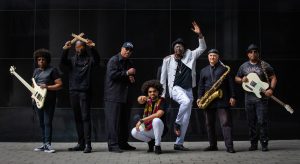 Ex-members of Prince’s band, The New Power Generation (a.k.a NPG), held an official tribute concert in 2016. that brought them back together. Morris Hayes, who was Prince’s „right-hand“ and musical director of the band, was the one responsible for this reunion. This performance resulted in an outstanding music celebration, that the fans characterized and energetic and healing. It was „just what they needed, “ they said. Taking into account the crowd’s excitement after this, almost historic concert, Morris, Sonny T, Tommy Barcarella, Tony M, Damon D, and Levi Seacer had a meeting with one of Prince’s ex-managers, and decided to take a tour in the honor of their leader’s life and his music. That’s how the NPG tour was born – celebrating a legend that is never to be forgotten.

After having different vocalists throughout the first year of touring, NPG found what they were missing in the charismatic Virginia vocalist, MacKenzie, who wowed the audience instantly with his energy and vocal capabilities. Not trying to impersonate the legend, but to give him respect with his authentic performance, he gained a great deal of respect from the audience as well.

What is special about NPG, it’s their philosophical approach. It’s not common for musicians to have such a strong work ethic, as it was the case with Prince and his band. They take every piece of people’s attention and focus it on them. Their performance is the never-ending music caleidoscope of the all-time Prince favorites. They still perform as if the Prince was on stage.

Don’t miss the amazing chance to witness the magic that surrounded Prince:

Tickets can be bought via www.entrio.hr.