The European Parliament  adopted new rules that reduce charges for cross-border money transfers in euro within the EU, eliminating discrimination against member states that are not in the eurozone, which means that fees will be reduced for Croatian consumers too. 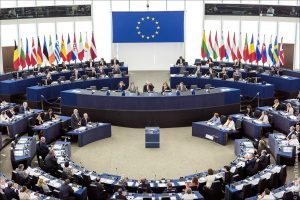 “On Thursday, the plenary adopted by 532 votes in favour, 22 against and 55 abstentions, new rules to end discrimination against payment service users in the EU outside the Eurozone,” the EP reports.

“Whereas consumers in the Eurozone benefit from the single euro payments area (‘SEPA’), those living outside continue to pay high costs for cross-border payments in euro.”

The adopted rules will be the same throughout the EU and will be payable in local currency. An additional advantage of this approach is to boost cross-border shopping, reducing costs for companies and will result in savings of almost 1 billion euro a year.

“Before the end of the year, charges for cross-border payments in euro within the EU must be in line with charges for national payments made in the official local currency (the ‘same charge’ rule). Additionally, member states are free to impose rules on banks to apply the same charges to cross-border and domestic non-euro payments,” the EP states on its website.

The new measures will also protect consumers from being charged arbitrary costs for currency conversions. At each transaction, they will be informed about the amount to be paid in the local currency and the currency of their account.