The Government made a number of good moves, especially through tax cuts, but CEA believes that these changes must be faster and that they must go deeper if we want to have more than 3% GDP growth, which we need. This is the background of all our appeals for reforms and a key to stop migrations.

Did we “reject the poorly prepared draft law or did we incite a more quality solution where we lobby for better quality legal framework and solutions that are better for the economy, those are our everyday battles and often successes, stated Davor Majetić, Director General of Croatian Employers´ Association, who has been at the head of CEA for ten full years. 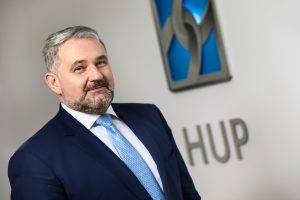 Over the past ten years, CEA managed to preserve and continued to build a reputation as an institution which is an independent, responsible voice of Croatian economy, which means that we are an objective and constructive social partner to every Government of the Republic of Croatia, i.e. to the government on all the levels of management – from national to local. CEA stands for sustainable growth of Croatian economy, and for efficient and stimulating tax system for the economy with flexible labour market and competent work force. We are politically neutral and we a prepared to give strong criticism to the ruling parties just as same as praises. CEA is a place that brings together employers on all important economic and social topics and legislative issues on a daily basis. We organize at least 600 different encounters, conferences, workshops or meetings for member companies every year, which is at least twice a day on every workday in a year. We connect employers and exchange knowhow in specialized fields, and we also provide access to information about trends that dominate among global businesspeople and we help domestic companies to adapt to them; from digitalization to sustainable development of business operations.

There is no state without economy, and every wise statesman is prepared more than ever before to listen to the arguments of those who employ and generate revenues. In this specific case, CEA – which represents 70% of private sector’s revenues – has the mandate from employers to speak on their behalf and point out to executive authority about all the obstacles that are preventing the making of higher added value and opening of new work places. Business conditions and models of work are changing with progress, technologies and needs of the new generations, but the challenges remain the same. CEA was established because employers needed an independent organization that will lobby to get the economy unloaded more, to remove administrative barriers and to reduce bureaucracy, and this is an on-going process in Croatia because the state makes at least one regulation per day without a proper analysis of influence and effect on an individual activity.

3. With the Government that pulls to the centre and a new President of the state who might prefer the left wing a bit more, do you expect anything to change in the environment where you do business? Will the reforms be faster or slower, and what does this depend on?

I already mentioned that we are politically independent and that we will cooperate with the Government in an equal, professional manner, regardless of its political direction. This Government made a number of good moves, especially through tax cuts in the department of the Ministry of Finance, but CEA thinks, considering the numerous challenges we have in the country, that these changes must be faster and they must go deeper if we want to have more than 3% GDP growth, which we desperately need. This is the background of all our appeals for reforms. Other countries are conducting stronger and more comprehensive reforms that generate greater growth of their economy, and this means that they are growing faster than Croatia. Croatia is a small country, and one of our advantages is that we have great entrepreneurs and businessmen, to whom we must provide the same conditions for doing business like in competitive EU countries.

We salute individual efforts of the Government, and of some ministers, but the situation on the ground – in terms of education not being in compliance with the needs of the labour market, shows that this is an area that sadly will not and cannot be resolved within a year. Education must not be a political issue, it is in the interest of all citizens and it is a prerequisite for success and concreteness of our country.

Presidential elections dominated the end of last year in Croatia, the first 6 months of this year will be marked by the presidency of the EU, and in the second half of the year, we are looking at parliamentary elections. The focus of actors in the public space might be focused the least on solving economic issues, and the danger of domination of populist themes is considerable. It is time to return the burning issues for the economy back to the negotiating table, because time goes by. This primarily refers to tax and non-tax relief, and a more efficient work of the entire state and public sector, in order to use the budget funds in a more rational and meaningful manner, and in order for the entrepreneurs and the citizens to have a more quality support and services. We must finally open the issue of modern labour law that allows young people to have flexible forms of work and conditions that harmonize private and business life better. Whether they are employers or employees, young people today respond quickly to work and living needs because of technological solutions, and they want flexibility, reduced bureaucracy and, of course, transparency and equality. They want a fair work environment where there are equal rules and opportunities for advancement, where work and achievements are appreciated and rewarded, and unsuccessful employees who repeatedly fail to achieve their goals are not tolerated, just like bad employers are not tolerated either. We also want to reduce the scope of so-called false sick leaves, since it has been determined that 40% of sick leaves in Croatia are false, according to the latest reports of the Croatian Health Insurance Fund. Over HRK 800 million is spent on unjustified sick leaves in Croatia, at the expense of the state, or at the expense of the employer. This is 106,666 average monthly wages that could have been used to increase workers’ salaries or to open 8000 work places annually. We must dedicate our efforts to solving such issues. And I’m not even mentioning our complicated territorial organization or the necessary reform of the health system. It is crucial for all the above mentioned changes to start happening at the same time, and to avoid fire-fighting measures as often as possible since they often cause more problems and challenges than they resolve.

Investments and the creation of new jobs are on the priority list, and the state can relieve labour and business costs more. Croatian employers already showed that previous tax cuts were invested in salary increases. Now this pool has been drained and we must focus on economy growth in order to be able to offer a new wage growth. It is necessary to return the trust of citizens who left Croatia, and point out that positive changes are being made in Croatia, that the justice system is working, that bad practices are quickly eliminated and sanctioned. Lack of trust and lack of perspective are the two terms that Croatian emigrants emphasize as the main reason for migration. Salary is 5th on their list. I am certain that launching all the reforms from the previous question, from the start and thoroughly, would make many of our fellow citizens to stay and to return to Croatia.

The fourth industrial revolution, just like all the previous ones, is changing the labour market entirely. But, this is not just a matter of intensive digital transformation of business operations, but a digital transformation of all the aspects of our lives. Technologies that are a part of industrial revolution today, like artificial intelligence, robotics and process automation, are much more available and much cheaper. In its full sense, it means a change in the manner of work, a different approach to work and different way of thinking. That is why, as an association, we are continuously preparing and informing our employers and companies, respectively, about all the advantages of digitalization, we connect them with each other in order to provide them with access to knowledge and technologies and to prepare them for the new age, new knowledge and new skills that we will all have to gain. And just as the famous writer asks for whom the bell tolls, I would like to end this by answering that the digital bell tolls for everyone.