Austrian exports to Croatia, still have not reached the pre-crisis level but the trends are positive. Austrian investors are quite satisfied with the prospects for their businesses but would appreciate if the burden of paper work and red tape is reduced.

Austrian exports recently broke the magic limit of EUR 150 billion of which, 1.3 billion EUR were goods and services exported to Croatia. Yet when asked whether she is satisfied with this number Sonja Holocher-Ertl, who is heading Advantage Austria in Croatia said that it is a job of the organisation to always strive for more. 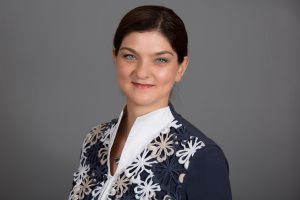 “It is Advantage Austria’s mission to help Austrian companies become more competitive on international markets, so we can never be fully satisfied with Austria’s exports”, says Holocher-Ertl . However, she adds that Austrian companies have consistently been achieving great results on international markets and it is easy to find many Austrian companies who are world leaders in their niche markets. “Regarding Austrian exports to Croatia, they still have not reached the pre-crisis level of 2008, when they amounted to 1.5 bn EUR, but the general trend is positive”, says director of Advantage Austria.

We have been conducting surveys among Austrian investors in Croatia for a number of years now. The surveys also contain questions about performance of the companies for the past 12 months and the 12 months ahead. Since our 2016 survey, these indicators have consistently shown positive results. So, Austrian investors regarded both, the previous 12 months of the respective year and the upcoming 12 months, as predominantly positive for the development of their businesses.

The improvement of Croatia’s economy has certainly been playing a vital role in this context. However, I think that with improved framework conditions for businesses, there would be considerably more potential for growth in Croatia.

The Croatian IT sector has been developing very dynamically. In Austria there is demand for IT services and hence IT-co-operations between Croatian and Austrian companies seem a logical solution. In order to facilitate this, we have been organizing events where we connect Austrian companies to Croatian IT companies and IT professionals, and in which we explain the benefits of setting up a company in Croatia in order to build up IT teams that then can work for their Austrian head-offices.

In our surveys we also ask, which market related factors would need improvement in order to make Croatia more attractive to Austrian investors. Of the 13 prompted factors, the availability of personnel jumped from priority 6 for Austrian investors in 2016, to priority 3 in 2017 and 2018, to priority 1 in 2019. Also troubling is the fact that the qualification of personnel moved from priority 5 in 2016 to priority 2 in 2019. Competition for talent in Croatia has markedly increased, certainly making it harder for investors to secure the workforce they need.

Croatia has had a dual education system – the JMO Model – for many years. The model was created for and hence is applicable to trades. What Croatia needs is a dual education model that is open to all kinds of businesses, no matter if it is trade or industry, big or small. I think Croatia carefully looked at various systems and is now building their own model, which is understandable. Unfortunately, this process is taking very long and businesses are in need of skilled staff now.

Croatia has received much support from various countries, which have successful dual education systems, including from Austria via the Austrian Federal Economic Chamber, facilitated through us. Together with the Croatian Economic Chamber, our Advantage Austria office has supported the Ministry of Education in promoting dual education among Croatian companies. We also helped to find companies for the pilot programme of the dual education for sales persons that started in autumn 2019.

Regarding models for modern education systems, I’d also like to mention the German School in Zagreb – DISZ, which is located on the Eurocampus on Fratrovac 36, Maksimir district, and which many people are not aware of. The school provides very interesting education options for both, expats and Croatians, since it brings the German curriculum and teaching methods to Croatia, while still making sure that their graduates can go on to university in Croatia. What I really like about the school is that teachers are focussing on teaching students how to learn, how to grasp new concepts and how to apply critical thinking. Anyone interested should check out its open day on March 28, 2020.

This is an interesting question, which would be worthwhile asking in our next investors’ survey. I actually often ask this question when I talk to entrepreneurs, both Austrian and Croatian. The answer mostly is that they still consider the burden of paper work and red tape as extremely high in Croatia. However, when the authorities talk about improving the business climate and cutting red tape, they are often referring to starting a company or opening restricted professions. In these areas, I believe, progress has been made. Also, electronic communication with the tax authorities has become better I recently heard an entrepreneur remark.

However, the burden of the many forms, which still have to be filed for various administrative tasks, I hear, has not decreased much. The fact that you can lodge everything electronically these days helps a little, but the papers still have to be prepared. So, I think there still is room for improvement in this area.