The celebration of the French national day was held on Wednesday, July 14 at Zagreb International Airport. 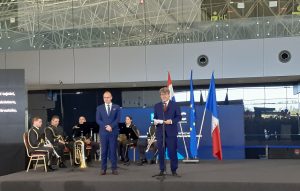 With strict observance of epidemiological measures, the host French Ambassador to Croatia H.E.  GAËL FRANÇOIS VEYSSIERE greeted the guests. The ceremony was also attended by Minister of Foreign and European Affairs Gordana Grlic Radman and Minister of Defense Mario Banozic, representatives of economic, political and cultural life. The intonation of the two anthems and the revue program during the reception were performed by the orchestra of the Armed Forces of the Republic of Croatia. 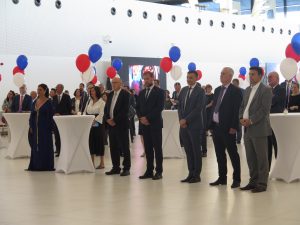