The Franco-Croatian Chamber of Commerce and Industry on Thursday held a fundraiser for a new, enhanced, unit for treatment of children suffering from cancer at the Department of Paediatrics at the Zagreb University Hospital Centre.

During the gala dinner held in Zagreb’s Westin Hotel, the head of the foundation, which was set up to collect necessary funds for the construction of that unit, Anamarija Zorović, said that this project, estimated at 25 million kuna, was to the benefit all children in Croatia.

So far, some 11 million kuna has been collected either in pecuniary donations or in the form of work, said the head of the Zagreb University Hospital Centre, Ante Ćorušić.

Currently, the division of haematology and oncology at the Department of Paediatrics has 27 beds for patients, and the construction of the new section on the roof of the hospital’s building will provide more amenities for small patients, the head of the division, Dr. Ernest Bilić has said recently.

Annually 120-140 children are diagnosed with malignant diseases in Croatia, and the division of haematology and oncology at the Department of Paediatrics mostly tackles leukaemia and lymphoma.

The survival rate among children hit by acute lymphoblastic leukaemia is 85% in Europe and in Croatia this percentage stands at 86%, which shows that Croatia is above the EU average.

In attendance at Thursday’s fundraising function were Prime Minister Andrej Plenković, a few cabinet ministers, as well as some other distinguished guests. Plenković said that efforts to collect the necessary funds were praiseworthy. 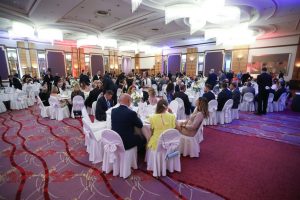 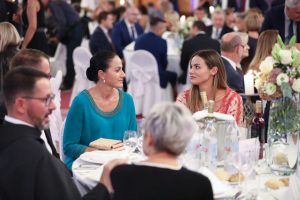 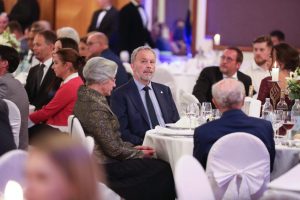 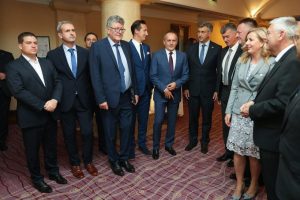