Renovated and polished old buildings, modernized and put to specific use, surrounded by nature and relax zones, are veritable pearls in the Croatian tourism portfolio. 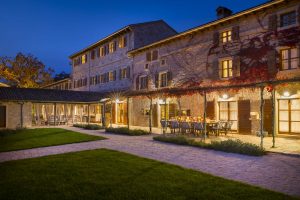 Meneghetti Wine Hotel & Winery is located in Istria, Croatia’s largest peninsula in the Adriatic sea. Croatia, a country with a population of 4.28 million, is a true gem in the Adriatic Sea. It boasts a rich history, exceptional cuisine, spectacular coast and a countryside waiting to be discovered. Following the vision of Miroslav Plišo, lawyerturned- gastroenology enthusiast, who converted the derelict estate into the crown jewel of Istria’s hedonistic offering, its hotel is a member of Relais & Châteaux, an exclusive global association of independent luxury hotels. 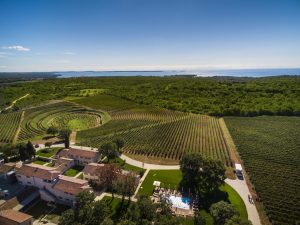 The History
The small Istrian town of Bale is not the first association of first rate tourism destination in Croatia. Just how a well-placed hotel accommodation can change an image of a place is proven by renovated high-class wine hotel, the Meneghetti Wine Hotel & Winery near Bale. The history begin in 1813 when Mr. Meneghetti (no one knows his first name), a clever man originally probably from the Venice area, started building stone houses, planting vineyards and olive groves, raising goats, sheep, cows and pigs in order to feed the 600 hungry soldiers in the military base. In April 2000, a new era in the history – or better said future – of Stancija Meneghetti began, when Romana Kajfež and Miroslav Plišo bought the derelict and forgotten, but still beautiful ruin. They carefully restored it, planted new vineyards and olive trees, built and equipped the new winery, catering to the needs of modern life, but fully respecting the tradition they inherited. 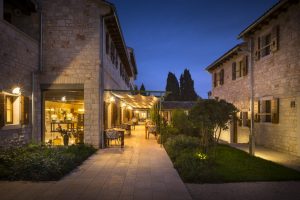 The Meneghetti Wine Hotel & Winery belongs in a group of only four Croatian hotels of the exclusive hotel and restaurant chain Relais et Chateaux. Within only a decade, Meneghetti team has completely transformed the estate and established the brand which is synonym for excellence in the Adriatic region and across South-East Europe. Renovated with care and finesse, Meneghetti represents the high end of luxury in Croatia and regionally. The Meneghetti restaurant is among the best in Croatia and in the wider region. The Meneghetti winery, although small, produces wines which are now recognisable across Central and Southeastern Europe. Meneghetti olive oil is repeatedly year after year included in the list of 50 best olive oils in the world. 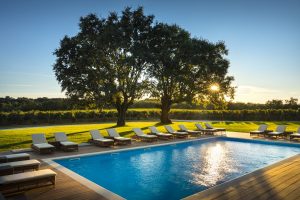 There you will find utmost privacy, where the rural spirit meets urban comfort and luxury, all on an impressive 12 hectares of wonderful landscape in the middle of endless vineyards, olive groves and birds singing. Completely natural, food grown locally by the “0 kilometer” principle, is combined with the great Meneghetti wines, but also other Istrian, continental, Dalmatian and global wines. It is no surprise the The Meneghetti Wine Hotel was declared in 2016 as one of ten best European food hotels by the Geo Saison Magazine, while the restaurant was listed among 1.000 best world restaurants, chosen by La Liste. The entire magical estate dates to the 19th century and was carefully, luxuriously and lovingly restored in 2016, continuing the tradition of the Vila Meneghetti. Six additional rooms were added to the hotel, while the salon, restaurant, kitchen, spa, pools and other hotel facilities were enlarged or added. The complex was supplemented by 15 new luxurious accommodation units (Residences). Two years later, additional six Villas each with a private swimming pool, were developed. The majority of the units comprise two floors, each with its own porch and a south-facing garden. Built around the hotel, the Residences and Villas create an intimate complex with the impressive old Meneghetti Villa in its center. 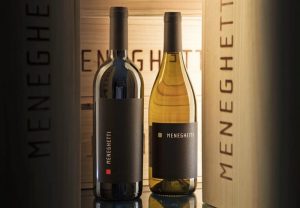 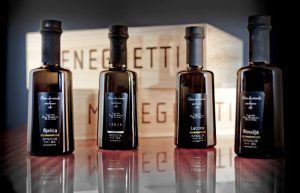 It is not a coincidence that Meneghetti is also a winery whose wines are at the top of the Croatian wine range, especially after some ten years ago oenologist Walter Filiputti left his mark on the wine production. Modern winery with annual production of more than 100,000 bottles of first-class wine, includes a tasting room, the only place where one can purchase limited editions of Meneghetti wines from the estate archive. Along with wine, Meneghetti also produces its own extra virgin olive oil, a wonderful cherry on top of the entire concept. Unique colour and pungent taste of Istria’s and Meneghetti’s olive oils are the result of the fact that Istria is among the coolest regions where olive trees grow in the entire world – and the best olive oil region in the world according to Flos Olei. 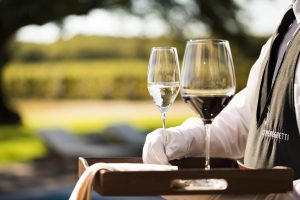 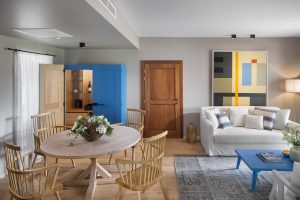 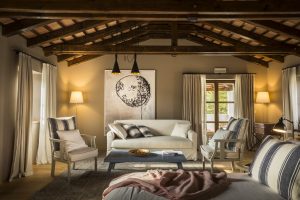 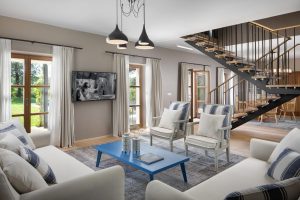 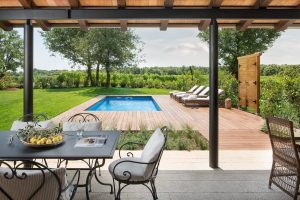 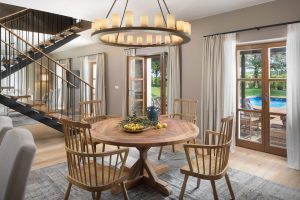 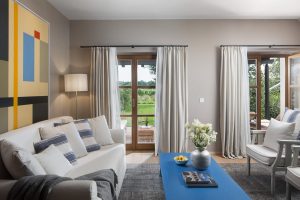