Total deposits with commercial banks in Croatia reached HRK 315.1 billion at the end of May, increasing both month on month and year on year, Croatian National Bank (HNB) reported. 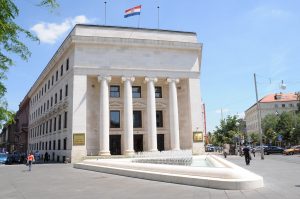 The annual increase was the result of the continued rise of demand deposits, which include money in transaction accounts and banks’ obligations arising from kuna payment instruments issued, minus the amount of money in payment transactions.

Analysts at Raiffeisen Bank (RBA) say that this is due to low-interest rates on time deposits and a disinclination to invest in other forms of financial assets, as a result of which surpluses of disposable income are gradually channelled into the most liquid forms of deposit.

Total savings and time deposits, both in the domestic and foreign currency, continued to rise on an annual level, increasing by HRK 8.4 billion or 4.3% to reach HRK 202.1 billion at the end of May.

Over 80% of the savings and time deposits were foreign currency deposits, mostly those denominated in euros, generated by households.

The likelihood of a decline in future household disposable income and the difficulties faced by the real sector might slow the growth of total deposits with the banks, RBA analysts said, adding that they nevertheless expect a rise in demand deposits because of the low-interest rates, the high inclination towards holding liquid assets and the disinclination towards investing in other financial assets.