Croatian private equity and venture capital market has flourished despite the many black swans surrounding us. Neither the pandemic, energy crisis, supply chain crisis, inflation, or geopolitical conflicts seem to stop the growth of this dynamic industry. 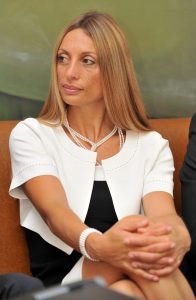 Croatia is the home of several promising scale-ups on the clear unicorn trajectory, apart from the current unicorns. Scale-ups that may or may not reach a billion-dollar valuation, already are valued on average at a quarter of a billion. Those companies include Cognism, Gideon, Microblink, Photomath, and Bellabeat, and are already huge success stories.

Thanks to some of the best tech developers globally, still available at a fraction of the Western markets’ cost, Croatia can be the cradle of the companies with the potential to scale up globally. However, creating a startup ecosystem is not without challenges. Most of the ingredients are already present – determined founders and skilled talent. However, Croatia is lagging behind in execution and easy of doing business or administrative requirements. A significant boost to the market development is given by successful entrepreneurs who have fundraised from venture capital funds or strategic partners. Those entrepreneurs turn to angel investing and mentoring early-stage companies, bringing more high-quality startups to the market. Importantly, local venture capital investors are most deserving for creating the startup ecosystem. Fil Rouge Capital has been the most active venture capital investor in CEE, having invested in 116 startups. Feelsgood Capital invests in startups which boost a positive impact on society. South Central Ventures is already managing a third technology fund, with a proven track record of creating globally successful scale-ups. Although those developments have already put Croatia on the international investors’ radar screen, more work is needed to facilitate the fundraising of Croatian companies from global and local investors.

In terms of growth capital market, focusing on mature businesses, Croatia has three active investors, each with a slightly different market strategy. Provectus is mainly focused on healthcare and retail, Prosperus on technology, and Invera on entertainment and sustainability. Croatia Mezzanine Debt Fund focuses on providing mezzanine, subordinated debt or quasi-equity, and growth-stage companies.

When it comes to the buyout stage, several of the largest regional investors have their representative offices in Zagreb. Enterprise Investor has successfully consolidated the Croatian retail sector on Studenac, and CEE Equity Partner is focused on the renewable energy sector.

Under the slogan – “support the best & transform the rest“, CVCA is organising for the second time its annual private equity and venture capital awards conference BestInvest.hr, taking place 6 July 2022. The conference will award the best entrepreneurs and investors. It will showcase some of the most significant investments paving the way for a change in the entire Croatian business environment towards sustainability and success.