Ministry of Regional Development and EU Funds will reallocate 111 million euros, or more than 830 million kunas to rebuild the quake-hit area, in agreement with the European Commission

We sent a report to the Solidarity Fund about the earthquake that hit the City of Zagreb in March 2020, and after the damage was reported, Croatia has €683 million at its disposal from the EU Solidarity Fund, says Nataša Tramišak, Minister of Regional Development and EU Funds. This money is used to renovate public institutions such as schools, hospitals, cultural heritage, water supply and road infrastructure. 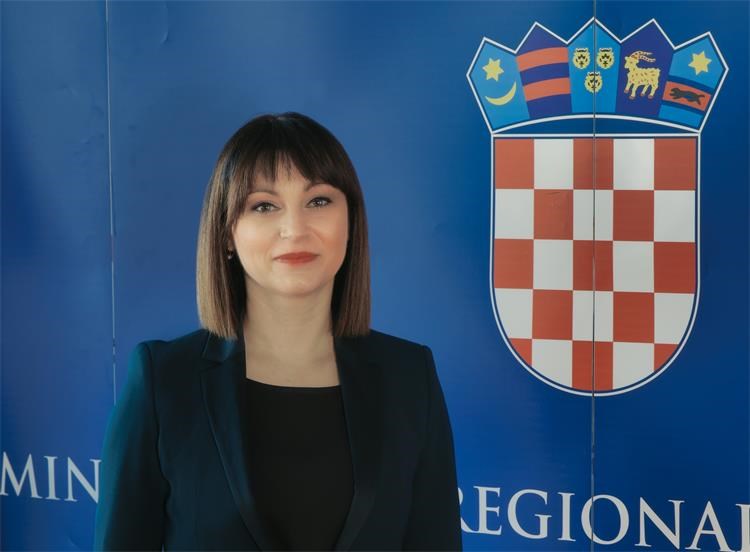 Ministry of Regional Development and EU Funds is in charge of programming the new financial envelope for the period from 2021 – 2027.

Within the draft legislative proposal for the new 2021-2027 financial period, there are five policy objectives, i.e. five areas of EU investment in the period from 2021-2027 have been defined:

The partnership agreement and operational programs are being drafted by June, and then we will start with tenders and the use of new funds.

This will be the second financial envelope for Croatia, which we will use and we are ready for it, we have ready projects as well as a vision of the 2021-2027Multiannual Financial Framework.

The Ministry of Regional Development and EU Funds will reallocate 111 million euros, or more than 830 million kunas to rebuild the quake-hit area, in agreement with the European Commission.

With the amount of 111 million euros, or more than 830 million kuna, through the change of operational program within the new priority axis, we proposed the activity of construction/reconstruction of the existing housing stock in the function of social housing in Sisak-Moslavina County. It is envisaged that the beneficiary of this activity is to be the State Office for Reconstruction and Housing Care, and the end users will be the “vulnerable/marginalized group” (elderly and infirm, people with disabilities, national minorities, people at risk of poverty) who would receive the built or reconstructed housing unit for use. The funds are available immediately, and the Ministry of Construction and the Central State Office for Reconstruction and Housing Care are responsible for preparing the program, surveying the residents and preparing major projects to get the withdrawal of these funds to start in the summer.

We received the information that the Housing Care Office has 1580 houses that were damaged in the earthquake in the area and are ready for reconstruction within this program, and there is even room for construction of new houses. Our goal is for these family houses to be of high quality, modern and energy efficient, to keep the population, primarily the young people, in the area. There will be several models – for construction of new houses on the existing location, reconstruction of damaged houses, but the basic idea is to go for forms of organized housing for younger families who would like to be closer to urban areas, where there is appropriate public, communal infrastructure. There is a possibility of building completely new parts of the settlement in the earthquake-damaged area, but we will know everything soon after we receive the program for utilization of all the funds.

We sent a report to the Solidarity Fund about the earthquake that hit the City of Zagreb in March 2020, and after the damage was reported, Croatia has €683 million at its disposal from the EU Solidarity Fund. This money is used to renovate public institutions such as schools, hospitals, cultural heritage, water supply and road infrastructure.

The estimated damage in Zagreb is more than 11.5 billion euros, which is a really large amount. The National Recovery and Resilience Plan also envisages reconstruction of public buildings from earthquakes, which will not be possible to rebuild with the funds of the Solidarity Fund, because the implementation deadlines are short, 18 months, but we also want to do energy renovation of apartment buildings with structural and earthquake reinforcement, which would also allow the buildings to get a higher class of energy certification.

We will soon send a second application for reconstruction of the area that was damaged in the earthquakes that destroyed the Sisak-Moslavina County and its surroundings at the end of last year. The list of damages is being finalized, and we will send a request to the European Union Solidarity Fund in March, after which we will know how much money will be allocated for reconstruction of the Sisak-Moslavina County. 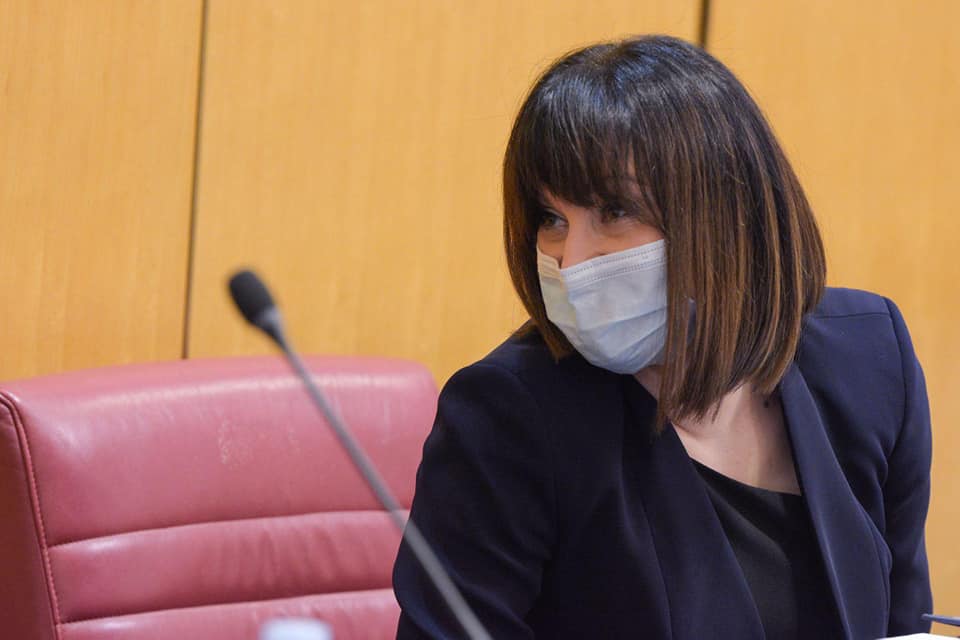 These projects strengthen the institutions supporting entrepreneurship of Split’s urban agglomeration, with the aim of providing innovative and quality services to entrepreneurs coming from City of Split’s area. The project’s total value is HRK 30.8 million, and that of European Union funds grants is HRK 25.2 million.

The signing of 9 grant agreements, worth over 17 million HRK, strengthens the institutions supporting entrepreneurship of the urban agglomeration of Split with the aim of providing innovative and quality services to entrepreneurs in this area.

Signing of the contract for the project “Choose a bike!”, which is worth 13.6 million HRK continues the establishment and development of public bicycle systems in the urban agglomeration of Split as an alternative form of public transport. Through this project, 41 new stations with 242 bicycles will be set up in Split’s area of the agglomeration and two bicycle roads established – one in Trogir and the other in Split.

Preparation of the program for the new 2021-2027 programming period is in progress, and we will program the entire period ahead of us by June.

Rapid absorption of EU funds for the period until 2020, where we are currently at 114 percent of contracting, which means that 93 billion kuna worth of projects have been contracted, and projects worth almost 40 billion kuna have been carried out. We plan to continue at that pace.

In addition to EU funds, the Ministry also has an important role to ensure balanced regional development, therefore we will sign new Development Agreements for Northern Croatia, Adriatic Croatia and Central Croatia, in addition to adopting programs for hilly and mountainous areas, islands and assisted areas, and we will pay additional attention to faster and more even development of Croatia.

When allocating EU funds, we are guided by a balanced regional development.

Instead of two, we formed four regions according to the degree of their development. One of them is the Pannonian Croatia, which includes eight less developed counties. In addition to the five Slavonian counties, there are also Bjelovar-Bilogora, Sisak-Moslavina and Karlovac counties. In terms of development, they are below 45 percent of the EU average and in the next programming period they will be able to provide higher grants to entrepreneurs, up to 50 or 70 percent instead of the current 35 or 45 percent. That is a significant difference. Investments of entrepreneurs from less developed areas will be co-financed with higher aid intensity. For the balanced development of all parts of Croatia, the change of NUTS2 regions is of great importance.

At the end of 2020, we simplified and improved the procedure of the Common National Rules. Many entrepreneurs contact us and we see how this simplification of procedures resonated positively among them.

I would like the procedures to be further simplified, which will facilitate application to various public calls which we will announce soon. When it comes to procedures, it is important that our citizens and users of EU funds know how the Ministry has adopted a new map of regional aid.

I believe in our entrepreneurs, craftsmen, ministries and all institutions and I am sure that by the end of 2023 we will realize everything we have agreed.

I believe that all the beneficiaries of projects recognize the Ministry of Regional Development and EU Funds as their partner, and in these seven months that I have been at the head of the Ministry, I saw a positive reaction. We are rapidly withdrawing funds and we have positioned Croatia high on the European Union scale, even though we are the youngest member state and are just consuming the first envelope, we are ahead in contracting and I believe that we will continue at this new pace in the next financial period. For the new period, we have more projects than the funds available to us, and therefore I can say that Croatia is ambitious, open, proactive and successful when it comes to European Union funds.

If the projects are not implemented, the funds cannot be withdrawn from European Union funds, but for this reason we have contracted the available funds, we monitor the implementation process and speed up the procedures in order to be able to use the funds one hundred percent.

According to all current indicators, Croatia can do it!