The conference on ”The future of Europe” is a unique democratic exercise. citizens’ feedback to guide european institutions.

The European Commission Representation in Croatia will continue with a series of discussions within the Conference on the Future of Europe throughout Croatia and a series of activities that will bring European policies closer to citizens, especially when it comes to the European Green Deal, digital transition and youth programs, says Ognian Zlatev, Head of the European Commission’s Representation in Croatia. A number of other activities are planned in cooperation with our partners from the business sector, social partners, non-governmental organizations and the academy on various topics of interest to citizens, adds Zlatev. 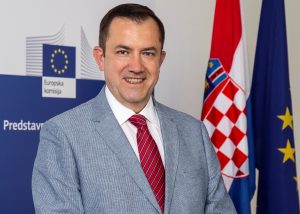 The topics you mentioned are indeed in the focus of debates in the context of the Conference on the Future of Europe. So are other topics such as Europe’s coordinated response to the COVID-19 crisis, European cooperation in the field of health, and here I am referring to the newly established European Health Emergency Preparedness and Response Authority (HERA), ALMA (Aim, Learn, Master, Achieve), youth initiatives and a range of other topics that are central for future generations. Our young fellow citizens are very active in these debates and are eager to make their voice heard, contributing with their ideas and suggestions. This was clear fro a series of debates, organised in the framework of the Conference on the Future of Europe and launched a few months ago by our European Commission Representation in Croatia, in partnership with the European Parliament Office in Croatia, the European Documentation Centres and the Europe Direct network.  Debates recently held in Rijeka, Slavonski Brod, Zagreb, Split and Zadar had a very good level of participation of youth. These will be followed by upcoming debates in Osijek, Pula, Karlovac, Varaždin and Dubrovnik in order to offer young people from all regions of Croatia an opportunity to actively participate in this unique democratic exercise.

It is worth recalling that to date, four European Citizens’ Panels (at EU level) have been organised, bringing together citizens from across the European Union in order to discuss the future of our Union. More than 3880 events similar to those held in Croatia were organised across the European Union, with well over 1750 000 participants. The Conference on the Future of Europe is a unique democratic exercise. Citizens’ ideas and proposals will be compiled in a single document providing European institutions with guidelines for their further work. All citizens are welcome to join the discussion and they have the opportunity to do so through the multilingual digital platform of the Conference on the Future of Europe. So far  over 9 950 ideas and 16 700 comments have already been submitted by more than 35 000 participants, of which some came from Croatia.

Exactly, on 1 May, a new generation of more than 420 Europe Direct centres started its work across the EU. The Europe Direct network is our partner in reaching out to the public, informing them of their rights as EU citizens and about EU programmes, projects and initiatives. In Croatia, the network includes ten Europe Direct centres throughout the country, from Dubrovnik, Split, Šibenik, Zadar, Rijeka, Karlovac, Čakovec, Koprivnica, Slavonski Brod, all the way to Osijek and the European Commission supports its work in a number of aspects. Compared to the previous generations, the role and responsibilities of the new generation of the Europe Direct centres have been upgraded. The new generation of centres will organise citizens’ dialogues and range of people-to-people activities. Plans for workshops, round tables, festivals and other activities are underway, especially within the framework of the Conference on the Future of Europe.

Scientists agree that climate change is caused by human activity, which is why we can and must act to stop this trend. The European Union is leading the green transition and setting an example for the implementation of the Paris Agreement. To meet our commitments, we have set up an ambitious and binding legislative framework that encompasses all economic sectors. Europe is on the right track to become the first climate-neutral continent by 2050.  We are proud of the figures showing that we have reduced harmful emissions by more than 31% compared to 1990, while the economy has grown by 60% in the same period. This proves that our economy can grow stronger, not despite measures to combat climate change, but rather as a result of such measures. Our goal is to reduce CO2 emissions by 55% from 1990 levels by 2030 and to achieve climate neutrality by 2050. To be able to achieve that goal, we must act in this decade, which is why we have extended our emission trading system, introduced stricter rules, setting aside every 3rd euro from the Recovery and Resilience Facility funds to support Member States in adapting to the green transition. The European Union, its Member States and the European Investment Bank are also jointly allocating significant funds to combat climate change in developing countries as well, and in 2020 alone have provided €21 billion for this purpose. One such initiative is the Great Green Wall Initiative in Africa, to which the EU currently contributes €700 million per year. It is linked to a number of other initiatives that jointly provide significant support to developing countries in the combat against climate change, which is affecting them even more than it is affecting us in the EU.

In its first annual Rule of Law Report in 2020, the European Commission concluded that the Croatian judiciary still faces challenges regarding the efficiency and quality despite progress achieved from the previous period in reducing the backlog of cases and improving electronic communication in courts.

Continuous expansion of new electronic communication tools in courts has contributed to their gradual uptake, but unfortunately, the level of perceived judicial independence remains very low and shows a downward trend.  When it comes to media, Croatia’s legal and institutional framework guarantees freedom and pluralism of the media. However, recent years have seen a considerable number of lawsuits against journalists, threats of physical attack and online harassment, which may have an impact on editorial policies of media and the work of investigative journalists. A legal framework for the protection of journalists is in place, but journalists remain a target of threats. In particular, the high number of strategic lawsuits against public participation (SLAPPs) targeting journalists continues to be a serious concern. Another problem is the fact that, while access to information is ensured by law, delays in the processing of requests from journalists persist. Although EU rule of law standards are high, not everything is ideal. Therefore, the European Commission will continue cooperating with national authorities in order to seek solutions and guarantee everyday rights and freedoms of citizens. 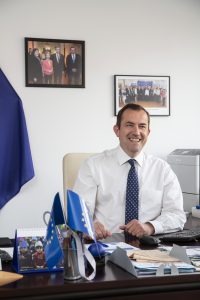 In the upcoming period, the European Commission Representation in Croatia will continue its series of debates in the framework of the Conference on the Future of Europe across Croatia and will organise a number of activities to bring European policies closer to citizens, particularly those on the European Green Deal, digital transition and youth programmes.  A variety of other activities are planned in cooperation with our partners from the business sector, social partners, civil society, consumers and academia on various topics of interest to citizens. When it comes to activities related to the media sector, just a few days ago, we came back from Brussels, where, after an almost two-year break due to the coronavirus, we visited the European Commission with journalists from Croatia. During the visit, we had the opportunity to learn first-hand from European Commission officials up-dates on a number of European policies in the field of agriculture, health, the Recovery and Resilience Instrument and youth programmes. We will definitely continue with this, as well as with media seminars in Croatia. In any event, just like everyone else, we have adapted our activities to the new reality imposed by the pandemic, but we hope that we will soon overcome this crisis and return to live, face-to-face events.