Taking over the rotating Presidency of the Council of the EU is both a challenge and a responsibility for us. I hope that over the next six months all of you here will get to know more of these multiple faces of Bulgaria as the good student, the strong economic performer, and the role model for ethnic tolerance.

During the last ten years of its EU membership, Bulgaria has changed a lot – says H.E. Ms. Tanya Dimitrova, the Bulgarian Ambassador to Croatia. Today, the country has the chance to shape the EU’s policies in key areas like the economy and finance, migration, social affairs, energy and the environment. 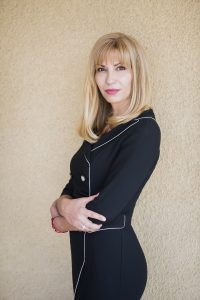 “We are aware that the expectations are high, but I am confident that we will manage to respond to them in the best possible way. For us, the Presidency is also a chance to show our partners a different side of Bulgaria”, says the ambassador.

For 10 years, Europe has been a part of our everyday life, and Bulgaria has established itself as its loyal member. It is a country in which cohesion funds are bringing about visible changes and contributing to year-on-year economic growth of 3.8%. Bulgaria is a country that is protecting the EU’s external border as responsibly as any Schengen area member, without in fact being a part of Schengen. Bulgaria is a country which currency – the lev – is governed by the same rules as the euro, and which macroeconomic indicators are impeccable even though it is not part of the Eurozone. This is a country where different religions and ethnicities live together in peace.

Our Presidency motto – ‘United We Stand Strong’ – conveys the message that we will seek to protect and strengthen European unity in everything we do. We will focus on topics that matter to all our citizens: creating more jobs, further improving the quality of life in Europe, making sure that our borders are well-protected and guaranteeing that our people have the digital skills required by digital economy. We will look for solutions that unite, no matter how challenging this may be at times. There is a lot of work ahead of us. I hope we will do it in the best way possible, following on from the good work done by the Estonian Presidency and setting the stage for the succeeding Austrian Presidency. Because only united can we stand strong.

The three pillars of our Presidency programme are stability, security and solidarity. We plan to achieve these goals by implementing three key principles: consensus, competitiveness, cohesion. We will work on four main strands: economic growth, social cohesion and youth, security and stability for a stronger and united Europe, the European perspective of the Western Balkans and the digital economy and skills of the future. The future of the Western Balkans is naturally very important to us. Stability and prosperity of the region are indispensable for the security of the whole continent. We are living in the time when the Western Balkan countries have a historic opportunity and we need to encourage them to do their part in the best possible way. Secondly, now more than ever, Europe needs to be united. With one of our Member States set to leave the EU, and considering global challenges of increasing frequency and scope, our only chance of moving forward depends on our playing together as a team. To that end, we are organising a summit of the EU leaders and the leaders of the Western Balkan countries in Sofia, on 17th May 2018. Thirdly, Bulgaria joined the EU only a decade ago. We have very recent memories of what being a candidate country feels like. We therefore believe that we can be a bridge between the Western Balkans and the EU. 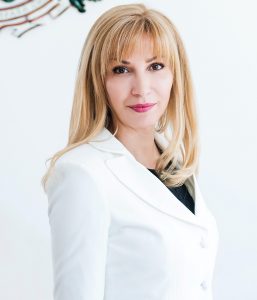 The role of the MS Presiding over the Council is to function as a mediator in the process of fulfilling the goals of all the MS. The Bulgarian embassy in Zagreb will continue being an initiator and broker in the negotiations for signing agreements for cooperation between scientific institutions and universities from our two countries. We do this primarily for the future of the young people and as an investment in the prosperous future of next generations by identifying and developing the right skills and competences needed. Through these platforms we are developing youth competitiveness in the labour market and we are primarily encouraging their entrepreneurial spirit which is the basis of the expected economic growth in the coming years. One of the most evident examples of the importance that we attach to our priority is the cooperation agreement on digital economy signed between the University of Zagreb’s Faculty of Graphic Arts and the Academy of Arts in Sofia. Another example is our contribution to linking the start-ups in our two countries and expanding the market for innovative products made in Croatia and Bulgaria.

We highly appreciate our friendly bilateral relations with the tradition that spans 12 centuries, and with no open or unresolved issues. Bulgaria is among the first MS of the EU to ratify the Croatia Accession Treaty. We are continuing to maintain an active exchange of expertise and strengthen the basis for joint foreign policy steps. We are deepening the bilateral parliamentary cooperation and stepping up contacts in all areas, with a focus on economic and cultural cooperation, education and science. Both countries support the integration of the countries of the region in the EU and NATO, providing the established criteria are duly met. Our active political dialogue, developed continuously through the exchange of high-level visits, is a clear evidence of a broad coincidence in approaches and positions based on the common European orientation and the general interest in strengthening the regional security.

We would gladly provide all the expertise we have accumulated during our presidency both through thematic bilateral consultations envisaged in all formats and levels possible – MFA, parliamentary, respective ministries and involved institutions and also on a more regular and informal basis through our daily contacts with our colleagues at the Croatian MFEA. 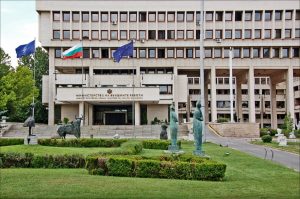 What does the EU presidency entail in organisational and logistic sense (meetings, summits, events)?

The Presidency’s logistics comprises of several key avenues – communication strategy and public diplomacy, cultural programme, accommodation and conference venues, liaison assistance and many others. During our Presidency we will host 12 informal councils, over 25 high-level events, more than 200 political and expert level events, 5 parliamentary dimension events and the EU-Balkan states summit on 17th May 2018.