On Wednesday, February 5, 2020, SLO CRO Business Club  hosted a round table at the Sheraton Hotel on the Challenges of the Labor Market and Guidelines for Employers. The event was connected by the club president dr. Saša Muminović. 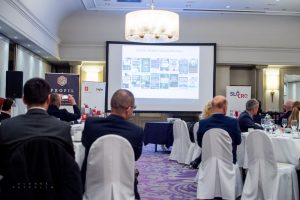 The topic was brought to our attention by Profil Grupa, a leading regional company that has been engaged in human resources search and head hunting for 30 years. The company is headquartered in Ljubljana and has offices in nine countries in Southeast Europe, including Croatia and Serbia.
At the beginning, the Slovenian Ambassador  H.E.  Vojislav Šuc H.E.  in Zagreb greeted H.E.  Vojislav Šuc and congratulated the club for its successful work, as a general meeting of members was held before the business breakfast, where the club president presented the achievements in the club’s operation over the past year.

The ambassador touched on the topic of the challenge of the European labor market and stressed the importance of taking appropriate measures to ensure stability in the labor market and to properly address migration within the EU, especially when it comes to young educated people.

Primoz Klemen, founder of Profil Group, said in a presentation of the company that at the beginning of his independent entrepreneurial career, people laughed at him, as most thought there were enough workers and too few jobs. Today it turned out that his decision was more than correct.

Mirjana Pajas, director of Profile Group in Croatia, said that Croatia has been facing a steady decline in population over the last few years. The projections show that in the next fifty years there will be 800,000 inhabitants in Croatia and by 2070 only 1,887 million. of working age, respectively. 56% of the total population.

In 2009, 10,000 working-age young people left Croatia, increasing every year and culminating in 2017, when approx. 48,000 working-age population, mostly to Germany. The figure ranks Croatia in fourth place after the brain drain, behind Haiti, Venezuela and Bosnia and Herzegovina.

In the case of labor shortages, it will therefore be necessary to reach out to certain solutions, and as IMAD has already established for Slovenia, a summary of their analysis can be found in the article Changes and Challenges in the Labor Market, it will be necessary to activate a part of the inactive population. In Croatia, there is a large number of working-age but inactive population, who are found among the defenders of the Homeland War and all those who live on the income from tourism.

Of course, it will be necessary to face the import of labor and to speed up the automation of work processes.

Mirjana Pajas said that there are currently three generations of people in the labor market: babyboomers, Generation X and millennials, and that employers will continue to face the challenge of motivation, productivity and employee focus on the work process. There are already millennials in the labor market who, according to a survey of 1,200 respondents, have no work habits, are unproductive and burdened with self-image, but are therefore technologically and digitally literate, risk-averse and opportunistic.

Frequent phone use causes stress, sleep problems, symptoms of depression, including poor relationships with co-workers, friends, family and partners. There is already a new disease called nomophobia (no mobile-phone phobia) where it is a panic reaction if the owner loses his phone or runs out of signal.

Pajasova also said that new forms of jobs related to digitization are emerging in the labor market: one is “chatting” or calling in call centers where there is no need for voice contact with callers. Then there are the job offers we can do from home and the jobs we can do anywhere in the world – these are digital nomads who work in different parts of the world, travel, and they already have agencies that arrange travel and accommodation in the most popular destinations.

The import of labor also presents challenges in the face of different cultures, customs and customs. Mirjana Pajas thus cited the example of Qatar, where 2.6 million people live, of which only 200,000 are locals, all the rest are immigrants, 30 different nationalities, imported labor force, which in 30 years has built Qatar as we know it today – before it was desert there. Mirjana Pajas has lived in Qatar for five years, where she worked in the field of Human Resources Search (HR) and was well acquainted with the working habits of people of different nationalities. 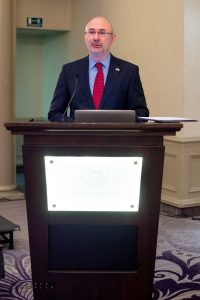 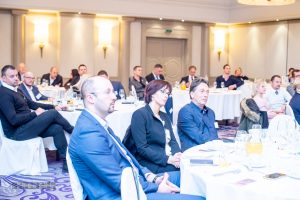 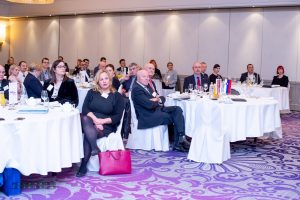