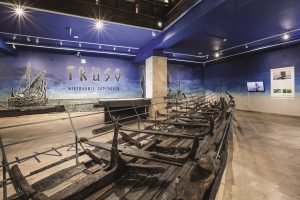 At the opening, the director of the National Maritime Museum in Gdańsk, Dr. Robert Domżał, and the director of the International Center for Underwater Archeology in Zadar, Dr. Mladen Pešić, will give a special speech.
The exhibition presents Polish achievements in the field of research and protection of underwater archaeological sites, in accordance with the UNESCO Convention on the Protection of Underwater Cultural Heritage. Among them were the results of several years of research on wrecks: a merchant ship from the 15th century called “Miedziowiec”, the Swedish ship “Solen” from the 17th century and the destroyer ORP “Wicher”, sunk during the Second World War, as well as research on the remains of the medieval port in Puck, which are currently underway. The exhibition also shows the effects of the conservation of artifacts recovered from underwater archaeological sites.
The National Maritime Museum in Gdańsk is the largest maritime museum in Poland and one of the largest in Europe. Its mission is to collect artefacts depicting the maritime history of Poland, trade relations and maritime development from ancient times to the present day. The institution has over 50 years of experience in underwater archaeological research and artefact conservation.
The National Maritime Museum in Gdańsk, in cooperation with the International Center for Underwater Archeology in Zadar, is implementing a project aimed at promoting Polish underwater cultural heritage and developing cooperation between Croatia and Poland in the field of underwater archeology and cultural heritage protection. The project partner is the Embassy of the Republic of Poland in Zagreb.
The project “Polish-Croatian exchange of experiences in the area of ​​the UNESCO Convention on the Protection of Underwater Cultural Heritage” was co-financed by the Ministry of Culture and National Heritage of the Republic of Poland within the “Inspiring Culture” program. 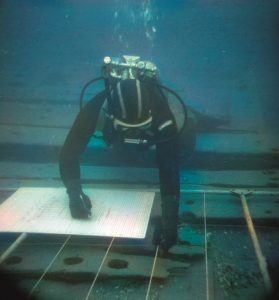