The President of the Republic, Zoran Milanović, as the host, participated in the “Diplomatic Harvest” in Plešivica, a grape harvest organized for the heads of diplomatic missions and international organizations accredited in the Republic of Croatia. The organizer of the harvest is the City of Jastrebarsko, and the seventh “Diplomatic Harvest” in Jaska took place in the vineyard of the Tomac family in Plešivica. 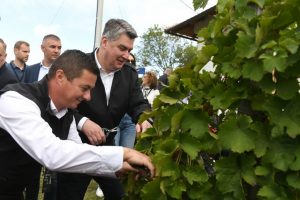 “This region is one of two Croatian regions that have risen in quality and recognition in the last thirty years – they are Istria and Plješivica. “Croatia is a country of wine culture and history, wine was planted, grown, kept in cellars a little less, practically in most of Croatia,” said President Milanović in his speech, pointing out that what happened in Plešivica and in the Tomac family was very good and desired. form for Croatian tourism. “It’s a smaller quantity and higher quality, which justifies the higher price,” explained the President.

“I want Plešivica to emphasize its unique terrain, special conditions for growing, making and preserving wine, and to build its quality and justified price on that. Just as Croatian tourism as a whole has started. Therefore, concentration on quality and recognition”, President Milanović concluded.

In addition to President Milanović, the heads of diplomatic missions and international organizations accredited in the Republic of Croatia were greeted by the Mayor of the City of Jastrebar, Zvonimir Novosel, and the host of this year’s “Diplomatic Harvest”, Tomislav Tomac. 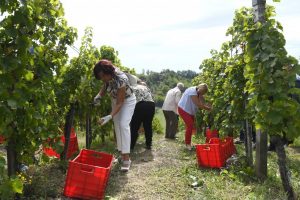 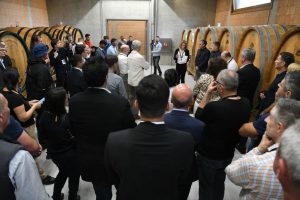 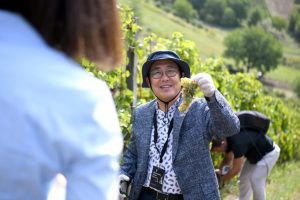