The traditional business breakfast of the SLO CRO Business Club  brought together 60 businessmen and eminent guests from Slovenia and Croatia. Besides the Minister of Environmental Protection and Energy and his Assistant Mr. Domagoj Validžić, they were also present. Ph.D. Smiljana Knez, Ambassador of the Republic of Slovenia to Croatia, and the current and former Economic Adviser to the Embassy, ​​Mr. Bernard Šrajner and Mag. Jakob Štunf. Traditionally, the honorary consul of Slovenia in Croatia – Mr. Branko Roglić and the Croatian R in Slovenia – joined Mr. Božo Dimnik. 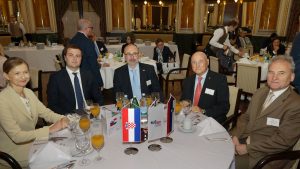 Business breakfast opened by dr.sc. Saša Muminović with an emphasis on the importance of energy and the need to create a social, and above all, political consensus about the energy strategy in terms of the American example and practice. He also emphasized the activities of the ministry led by Dr.sc. Ćorić in the field of investments and subsidies for renewable energy sources, in particular with reference to the project Increasing energy efficiency and the use of renewable energy sources in manufacturing industries in which Croatia awarded grants amounting to almost HRK 270 million for 77 projects for over 500 million kuna investment. Only three large entrepreneurs in Zagorje: AquafilCRO, OMCO and Vetropack Straža will build solar power plants of over 4 Mwh. It is mentioned, still for economic operators of cancer, that renewable energy in 2017 increased from 3.5 to 10.5 lb per kWh, which had a very negative impact on the competitiveness of large exporters not only towards direct competitors but also towards investment competitors within the same groups.
As the mission and mission of the SLO CRO Business Club to point out areas where improvements are possible and possible in the very short term, and most importantly to promote SLO-CRO economic co-operation, Mr. Darko Levičar, partner co-ordinator, presented the international partnership EDISON – Eco Driving Innovative SOlutions and Networking, the earnings of which Slovenia has become: Laboratory of Green Mobility. The EDISON partnership has now been recognized as one of the most strategic ecological transport projects in Europe. Mr. Levičar highlighted the plans of the EDISON partnership in Croatia and co-operation with Croatian entrepreneurs, primarily the Preseči group.
A brief speech addressed to the participants was also sent by Ambassador R Slovenia, who stressed the importance of projects that economically additionally link Slovenia to Croatia and thus set ahead of other international competitions.
The official part of the meeting was concluded by Minister Ćorić who spoke on each segment in the previous exhibitions and welcomed the work of the ministry, while informing the audience about the directions of change in the area of ​​renewable energy sources. In addition, he also presented additional activities, projects, in the area of ​​green energy implemented by the ministry.
After the official part, a briefing was made with a number of questions on which Minister Ćorić answered personally and after his departure, his assistant Mr. Domagoj Validžić.

About Club:
SLO CRO The Business Club has been in existence for 16 years as a non-profit association with the intent to strengthen and promote economic relations between the Republic of Slovenia and the Republic of Croatia. Gathers Slovenian entrepreneurs in Croatia, Croats in Slovenia, and Club Friends who have interest and see in the Club the opportunity for business meetings and social gatherings. All this in order to promote, develop and improve the Slovene Croatian cooperation in all aspects of economic and social life. 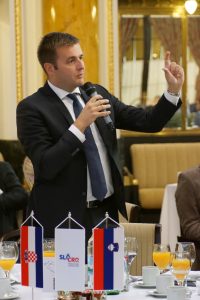 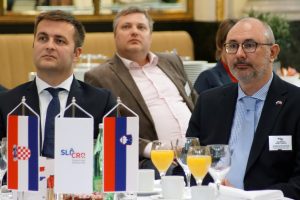 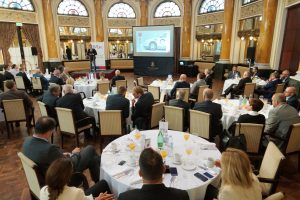 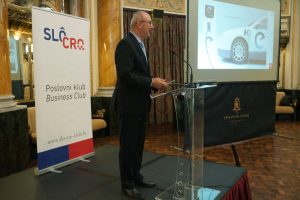 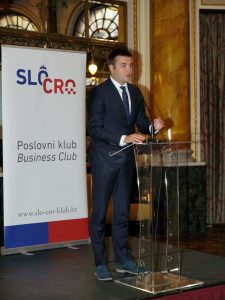