On 27 June, 2022 the Embassy of Hungary in Zagreb has organized its traditional commemoration in honour of King St. Ladislaus, the founder of the Diocese of Zagreb. Father Róbert Almási and Apostolic Nuncio Archbishop Giorgio Lingua blessed the bust of St. Ladislaus located at the residence of the Hungarian Ambassador. After the blessings wreaths were laid down on behalf of the Embassy of Hungary and the Hungarians living in Zagreb. 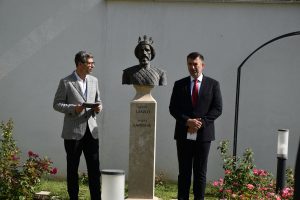 Among the participants were Neven Pelicarić, Foreign Policy Adviser to the President of the Republic of Croatia, several representatives of the Diocese of Zagreb and the Croatian cultural life as well as the scouts of “Zrínyi Miklós” Scout Troop.

Ambassador Csaba Demcsák in his welcome speech paid tribute to the common Hungarian-Croatian saint, stressing that the person and activity of St. Ladislaus laid the foundations of the centuries-long state community and friendship of the Hungarian and Croatian peoples.

The event concluded with a reception and a musical performance by singers and zither players of  the “Ady Endre” Cultural Society of Zagreb. 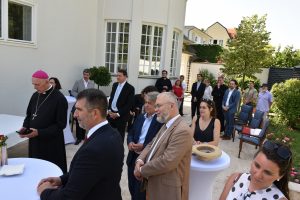 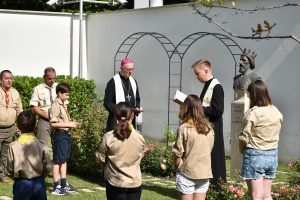