Croatian Prime Minister Andrej Plenković also confirmed that a decision should be made in the next few days. 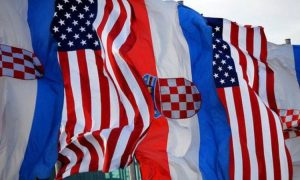 Andrej Plenković said that the USA should abolish visas for Croatia in a few days.  “We are about to abolish US visas for Croatian citizens. This should happen in the next few days. We have been working on it for a long time. I think that finally this obstacle, which has slowed down trade and investment flows with the US, is soon behind us,” the Croatian prime minister said. Recall, visas for the United States should be abolished no later than September 30 – the end of the US fiscal year. During the summer, signals came from the US that this should be the case. In early August, US Secretary of State Anthony Blinken nominated Croatia for the Visa Waiver Program. “Today, I nominated Croatia to join the Visa Waiver Program. This step towards a visa-free regime signifies Croatia’s tremendous progress in meeting strict standards for participating countries. We hope for an even stronger US-Croatian relationship,” Blinken wrote on Twitter in August. 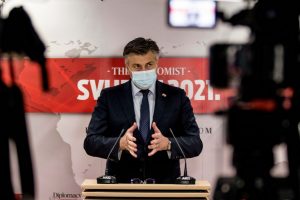 Croatia has been working on visa-free travel since 2007. And while abolishing visas has often been linked to the rate of refusals, there has been – and continues to be – intense communication and work to meet strict security criteria.

In the last few years, the Ministry of the Interior has been cooperating intensively with the US Department of Homeland Security on strengthening security capacities, such as border security, migration, and international protection, collecting and analyzing data on cross-border passengers and air passengers, fighting terrorism and terrorist fighters and information exchange.

The abolition of visas has been an unresolved diplomatic issue in relations between the two countries for almost 30 years. To enter the visa-free regime, several preconditions need to be met, and the last that Croatia had to meet was less than three percent of rejected applications.

Croatia, Romania, Bulgaria, and Cyprus are the only EU members whose visas have not yet been abolished by the United States. In 2014, the European Commission asked the United States to cancel visas for Croatia and other EU countries whose citizens still had to have the document to enter the United States. They even threatened reciprocal measures, but that did not happen.

Poland was excluded from the regime late last year after conducting a campaign to encourage business people and officials who were almost sure to obtain a visa to apply.

A similar campaign was conducted this year by Croatia, which already on September 30 last year, when the fiscal year in America ended, lowered the number of rejected requests to four percent and was no longer far from achieving the goal.