The great quality of this government is the stability and constructive talks between the partners. This enables the ministries, led by the Croatian People’s Party (HNS), to fully commit themselves to implementing reforms and deal with the issues that have been neglected in the last few decades both in construction and education.

We should not deal with the past too much, but instead, we need to devote ourselves to concrete work, and here I mean projects and reforms which results will beneficial for business people and citizens alike – says Predrag Štromar, Deputy Prime Minister and Minister of Construction and Spatial Planning. He has recently embarked on resolving a problem from the past, related to property rights. 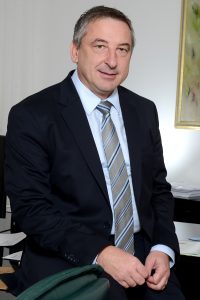 1. The amendments to the Housing Lease Act have caused numerous controversies in the public. Can their implementation help repair earlier injustices without causing new ones?

These amendments are addressing the problem that dates back to 1998, in a legitimate, fair and sustainable way, and strike a balance between opposing interests of apartment owners and protected tenants with an active role of the state. The proposed changes stipulate legal protection for the lessor and the lessee in the case of cancellation of the lease agreement and in a special case where the local government is obligated to provide the protected lessee with another appropriate apartment with the accompanying rights and obligations.

The proposed solutions, mentioned in the Act, stipulate a transitional period lasting several years just to give enough time to everyone to decide on the modality of their occupation. During this transitional period, and after the Act comes into force, the protected tenants retain the status of a protected lessee for five years with a gradual increase in rent. They also receive a state subsidy for the rent after the expiration of the existing status for additional five years (with property and spatial censuses) and have the advantage over other interested persons when renting or selling flats owned by the local (regional) territorial units in the Republic of Croatia, or from the state-subsidised housing construction programme (POS). In addition to this, the Republic of Croatia and the local self-governments will especially focus on the people on welfare and the Croatian war veterans.

As for the owners of these apartments, the apartments have always been and are privately owned. The protection of private property is the foundation of the Western culture and enjoys legal protection from all international charters as well as the Constitution of the Republic of Croatia.

We are continuing with the residential construction through the long-term state-subsidized housing construction programme that was launched in 2001 with the aim of enabling citizens to address housing issues under considerably more favourable conditions than the market ones. To date, thanks to this programme, a total of 8,035 apartments in 238 buildings in 75 municipalities have been built. We have also introduced a novelty, i.e. the launch of a new housing care programme intending to help retain and attract deficient worker profiles, especially in underdeveloped areas. Furthermore, we are in the process of amending the Housing Loan Subsidy Act, a measure that was popular with young people last year when we received 2,399 applications for subsidized mortgages in a very short amount time. The state subsidizes half the mortgage over the period of four years under certain conditions. The subsidy period will be extended for two years for each biological or adopted child during its duration. This is a good demographic measure aimed at halting emigration of young people.

3. What are your and your ministry’s further plans in that respect?

Due to the great interest shown by our citizens in subsidized mortgages, we have been working towards further implementation of this housing measure but also towards improving it with the help of the amendments to the relevant law. By analyzing the received and approved applications, we have found that 66.3% of the applications were submitted in the most developed municipalities, therefore a more even distribution of mortgage subsidies is required in line with the development index of the city or municipality where the subsidized apartment or house is located. Also, we will extend the subsidy period from four to five years. Along with some additional stipulations, this is generally the direction which amendments will take. We are also continuing with energy restoration. On 5th February this year, we closed the contest for energy restoration in the public sector buildings, as we have received 200% more submissions compared to the funds we had allocated for this purpose. We are evaluating all of them, and we have already made certain funding decisions. The contest will be re-opened on 7th May. We are also waiting for certain administrative problems to be resolved so that we can launch a public call for energy restoration in family homes, which our fellow citizens are eagerly awaiting. Other projects pertain to the continuation of the legalization of illegally built facilities, the continuation of the construction of POS flats, the improvement of the spatial planning information system etc.

4. Of all the areas covered by your ministry, which is the most problematic and in which did you do the most?

I wouldn’t say that we have some major problems, but in order to do our jobs properly, we do need more personnel. I am referring primarily to building inspectors. This is a very responsible and stressful job. Sometimes, we would run a job ad for a building inspector for months and receive no job applications whatsoever. Regardless, I think that our building inspectors are doing a terrific job. 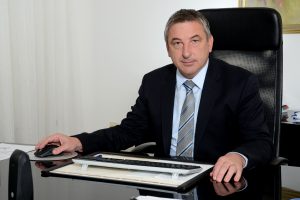 5. Which projects, covered by your Ministry’s jurisdiction, do you consider to be crucial for further development of the construction sector and spatial planning?

Let’s not forget another important segment which is spatial planning. At the end of last year, Croatian MPs unanimously adopted the Strategy for the Spatial Development of the Republic of Croatia. The strategy is a fundamental state document for regulating spatial development. The Ministry of Construction and Spatial Planning was responsible for drafting the Strategy, while the Croatian Institute for Spatial Development provided expert assistance.

We are also working hard on technologically improving all licensing processes, as well as linking all of those resources that we dispose of, including spatial plans, so that everybody can easily see in which areas construction is allowed and in which it is not with via computers. We are also working on digitalizing the land registry which we have to harmonize with the actual spatial situation. A lot of things in this area are not functioning properly at the moment, and our goal is to completely harmonize it with the real spatial situation in two years. This will also reduce building permit costs both for businesses and citizens.

6. What do you think about reducing VAT and can we compensate the loss of the budget revenue because of lower VAT by introducing other taxes, such as property tax (what does Brussels recommend)?

The decision on changing the VAT rate or any other measure, like increasing the non-taxable part of the salary or reducing the income tax rate or certain para-fiscal charges, should be made only after a quality analysis. I think that the past tax changes were good because they resulted in higher salaries for citizens, and lower costs for companies. We should continue in that direction.

7. What are the key results of the coalition’s work in the government and HNS?

I think we made a very good move that benefited this country. As a result of HNS entering the Croatian government, we got the stability that was needed for the economy as well as for other segments of life in our country. Only now, that we have stability, we can devote ourselves to the much-needed reforms.

Apart from the economic processes which have to continue, we also need to make new decisions, new laws and implement reforms. Specifically, we are extremely pleased that HNS is the one that has initiated the education reform because the reform has been in the making for 20 years, with nothing done until now. We have done more in the past six months than in the last 10 years as far as the education reform is concerned. Our plan sets exact deadlines for project activities. We are proud of it and this is definitely the result of the mentioned stability; i.e. the result achieved by this coalition, and not just the HNS. If we did not have a quality coalition partner, we would not be able to come to any agreements, which would, in turn, impede everything. We are also pleased with the communication. We do not communicate with our coalition partners via media, but we actually, sit down and talk. These conversations are sometimes longer and sometimes shorter, but we usually reach an agreement and then work together in that direction. This is the quality of this Government.

8. HNS does not approve the Council’s proposal for facing the consequences of the rule of non-democratic regimes, and the use of the “Za Dom Spremni” salute. Do you believe that this proposal could get enough ‘yes’ votes in the Parliament, and if that happened, how would that affect HNS’s support for Prime Minister Plenković?

Our position is clear – the use of the “Za Dom Spremni” salute has no place in public areas in the Republic of Croatia. However, only the Council has declared this salute to be unconstitutional so far. The government has not yet said anything about the Council’s recommendations, but I think there will be no requests for exemption made because those people who defended this country in the Homeland War (Domovinski Rat) have also defended our institutions and are certainly going to respect the Constitution.