The bilateral relations between Switzerland and Croatia are very good. This is apparent in the economic sector, in politics and of course in tourism.

Croatia and Switzerland have a shared interest and commitment in a stable and peaceful evolution of the region of the Western Balkans, for Diplomacy&Commerce, Focus on Switzerland says Ambassador of the Swiss Confederation to Croatia H.E. Hammer Urs. Croatia is a popular destination for Swiss tourists. This year, so far more that 250’000 visitors from Switzerland have enjoyed their holidays in this fascinating country, says H.E. Hammer Urs. 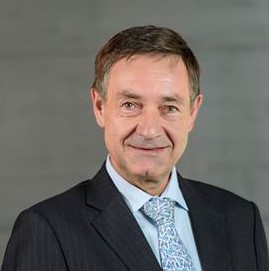 1. You have only been in Croatia for a short time now. What are your first impressions? To what extent is Zagreb similar to Swiss cities? What strikes you as different?

My first impressions are very heartening and reassuring. Since our arrival two months ago, my wife and I were repeatedly overwhelmed by the big-heartedness of the population here in Zagreb. Many Croatian people we met have relatives or other personal connections to my home country. The knowledge about Switzerland is deep and its reputation overall quite positive. The past is very present in Zagreb. It is a crossroad of different cultures and plays, like Switzerland, the role of a facilitating mediator between North and South as well as between West and East. Zagreb is bigger that Zurich, the biggest Swiss city, and there is a potential for an increased cooperation between both cities in the areas of transport, science and infrastructure. Trams have a long tradition in Zagreb as well as in Zurich and other Swiss cities.

2. How do you assess the current and future bilateral relations between Switzerland and Croatia?

Over the last decades, Croatia has gone a long way in a short time and our relations have flourished accordingly. This year, we have been celebrating the 30th anniversary of our diplomatic relations with different manifestations in Croatia and in Switzerland. The recent visits of Croatia’s President Zoran Milanović in Geneva on April 7th 2022 and of Foreign Minister Gordan Grlić Radman last November in Bern underline the political importance of our relations. As Minister Grlić Radman has lived in Switzerland for many years, I am probably the only Swiss Ambassador worldwide who can communicate with the Foreign Minister of his host country not only in German, but in Swiss German!  In my first contacts with members of the Croatian Parliament, I noticed a mutual willingness to deepen our relations also on parliamentary level. There is a Croatian-Swiss Friendship Group in the Sabor and Irène Kälin, President of the Swiss National Council, the lower house of the Federal Assembly, invited the Speaker of the Croatian Parliament Gordan Jandroković to visit Switzerland while she recently attended the First Parliamentary Summit of the International Crimea Platform. Croatia and Switzerland have a shared interest and commitment in a stable and peaceful evolution of the region of the Western Balkans. For the first time in its history, Switzerland will become a Non-permanent Member of the UN-Security Council in the period of 2023-24, thereby gaining valuable experience that it could share with Croatia.

3. You mention the good economic relations. According to you, is there room improvement? Which sectors are of potential interest for Swiss investors/companies?

Around 60 Swiss companies are successfully active in Croatia and generate several thousand jobs. We also have a Swiss-Croatian Business Association (www.scba.hr) which together with the Embassy is working on strengthening the economic ties. With a bilateral foreign trade of goods worth 664 Mio. CHF in 2021 Croatia is Switzerland’s second most important trade partner in the region. However, there is certainly potential that can be further exploited. Possible sectors for an increased cooperation include the IT sector, gaming industry, railway and the green transition. Progress has been made in improving the investment climate in Croatia. We also notice this in the increasing interest of the Swiss economy in doing business/investing in Croatia. For Swiss investors, clear, stable and transparent framework conditions are crucial when making an investment decision.

4. What are the other priority fields of cooperation?

There is an important Croatian Community in Switzerland that has a leverage effect on our cultural cooperation. There is an important and hopefully increasing Swiss attendance at the numerous cultural festivals in Croatia. Through the Swiss Contribution and other arrangements, the cooperation between our countries in the areas of science and education has been considerably expanded.

5. Through the so-called Swiss Contribution Switzerland helps reducing economic and social disparities in the enlarged European Union. Recently you have signed a Framework Agreement with the Croatian government on the second Swiss Contribution. What are lessons learned from the first programme and what projects will be implemented within the second programme?

On October 18, 2022 the Framework Agreement between Croatia and Switzerland on the Implementation of the second Swiss Contribution to selected member states of the European Union to reduce economic and social disparities within the European Union was signed. The projects that are in implementation until the end of 2024 have had an impact on tens of thousands of people whose lives are improved because the minefield near their home has been cleared, or their families have safe access to clean water. Within the projects, children and youth were encouraged to take an active role in making their environment sustainable, while researchers had the opportunity to cooperate on innovative projects. Moreover, young people received an education that meets the demands of the market contributing to the competitiveness of the labour market. We are satisfied to see, in addition to the project results, that Croatian partners value the exchange of knowledge and experience between our two countries as well as the results of the supported partnerships. The exchange contributed to the development of innovative solutions and to the strengthening of the capacities and structures of the Croatian institutional partners. The projects that will be implemented in the second Swiss Contribution include the following activities in the fields of research and innovation, water and waste water management in Gorski Kotar, palliative care and civic engagement. The priorities were set out by Croatian national authorities, based on the needs of the Croatian society, and the positive experience in implementing the first Swiss Contribution.

Considering the powerful relations with its European neighborhood, it is crucial for Switzerland to have a focused and concerted policy in pursuing its interests with respect to the EU. Therefore, Switzerland conducts its relations on the basis of bilateral sector agreements which regulate the procedures of cooperation in clearly defined areas. Since the Free Trade Agreement of 1972, the network of agreements has continually developed, especially through the two contract packages of the bilateral agreements I (1999) and II (2004). These agreements provide both parties with extensive market access and form the basis for close cooperation in such key policy areas as research, security, asylum, the environment and cultural affairs. This bilateral approach allows Switzerland to conduct a policy of openness and close cooperation with all EU-Member States.

In May 2021 the Swiss government decided that it was not in a position to sign the Institutional framework agreement with the EU. In February 2022, the Federal Council proposed to address the pending issues concerning overall Swiss-EU relations based on a broad packet of measures. This includes the institutional issues, which are to be anchored in each individual single market agreement using a vertical i.e. sectoral approach: So far, five rounds of exploratory talks have taken place between Switzerland and the EU with to goal to prepare formal negotiations on this new package of bilateral relations.

Due to its system of semi-direct democracy, the majority of the Swiss electorate and cantons have to approve important decisions with constitutes a particular challenge in our European policy.

7. How do you see the current security situation in Europe? In the context of the war in Ukraine, questions have been raised about the Swiss neutrality. What is the Swiss position?

At the end of February 2022, Russia attacked Ukraine militarily. In doing so, Russia massively violated elementary norms of international law. Neutrality remained applicable even during the military intervention. The Federal Council adopted entirely the EU sanctions against Russia based on a comprehensive assessment of interests. In doing so, it took into account the law of neutrality and neutrality policy as well as foreign policy and foreign economic aspects. The concept of neutrality has therefore not been abandoned, but adopted to the new circumstances. In July 2022, Ukraine and Switzerland co-hosted the Ukraine Recovery Conference in Lugano to launch a broad-based political process for the recovery of Ukraine. Croatia’s Foreign Minister also attended. The continued war, the raise of inflation as well as uncertainties about energy supply are of major concern for Switzerland as for many other countries on the European continent.

8.What are your hobbies? What do you like to discover in Croatia?

As a keen fan of football, I admire the Croatian national team and hope that Switzerland will not have to encounter them at the World Cup before the final! I adore jazz and classical music and like to visit museums in general and art museums in particular, as my wife is a painter and sculptor. We both are keen to discover Croatia in its historical and natural richness and diversity.