To make impact, our message or speech should appear not just informational but inspirational. Power speaking as a transformational method makes it possible. 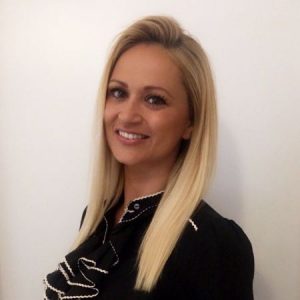 Recently, communication experts described Joe Biden rhetorical style as informational much more then inspirational. Such conclusion certainly does not flatter any public speaker. Biden can allow himself a certain style but to make impact as well as to persuade others whether in politics, sales, marketing, or any other job we are performing, to talk with power is crucial.  The words we use, as suggests Warrell (2018) hold immense power. Power to fuel your confidence and ambition and power to make you feel anxious and inadequate. Power to make a strong first impression and power to be quickly forgotten. Power to create opportunities and power to shut them down. On the other hand, our emotional state and posture have as much or more impact than the words we choose when speaking. Reynolds (2014) suggests that we set a strong emotional intention and then hold ourselves with confidence and grace even before we speak. This practice could make the difference in getting the results we want. 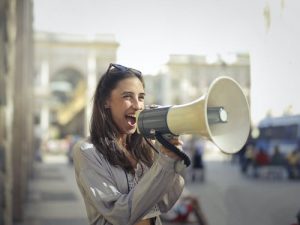 We are talking here about power speaking, a method that helps thriving speakers to excel in public speaking. A suggests Tannen (1995) communication is not as simple as saying what you mean. How you say what you mean is crucial, and differs from one person to the next, because using language is learned social behavior. How we talk and listen are deeply influenced by cultural experience. Everything that is said must be said in a certain way in a certain tone of voice, at a certain rate of speed, and with a certain degree of loudness. Whereas often we consciously consider what to say before speaking, we rarely think about how to say it, unless the situation is obviously loaded, for example, a job interview or a tricky performance review. Linguistic style refers to a person’s characteristic speaking pattern. It includes such features as directness or indirectness, pacing and pausing, word choice, and the use of such elements as jokes, figures of speech, stories, questions, and apologies. In other words, linguistic style is a set of culturally learned signals by which we not only communicate what we mean but also interpret others’ meaning and evaluate one another as people.

Our language also impacts how others perceive and relate to us. If we often feel overlooked or undervalued, we must consider how our speech patterns are contributing to how others engage with us. Using “out of power language” like talking ourselves down, making excuses or second-guessing our opinion before we have even shared it can completely undermine our authority, presence, and power. Listening to any successful person we will notice they use language that is positive, precise, action-focused, and continually puts deposits of trust into their relationships (Warrell, 2018).

Language is one component of transforming us into a power speaker. The others are, as psychologists suggest, a body posture and facial expressions. Reynolds (2016) mentions smiling when you do not feel like it can actually trigger the release of painkilling, good-will feeling endorphins and serotonin so you eventually feel better. The brain does not seem to know the difference between a fake and real smile. There is truth to the statement, “Fake it until you make it.” The same phenomenon works for your body posture. Social psychologist Amy Cuddy found that striking power poses such as putting your hands on your hips when standing or leaning forward with your arms wide, palms down on the table like you are ready for action increases your testosterone and decreases your stress hormones. If you assume the position for seven minutes before you go into a meeting, you will be more convincing when you talk to people. Cuddy found volunteers who held the pose before giving a speech rated higher on persuasiveness and the likelihood to be hired. Set your emotional intention with your body before you enter the room.

Finally, it is our voice. Genard (2018) suggests that many aspects of leadership have to do with performance, and high on the list is the need to speak powerfully. That involve aspects of a leader’s “voice” in the sense of communicating a vision and concern for one’s followers. But it is also literal, in terms of vocal power, subtlety, and variety of expression. Genard also mentions silence. One of the most powerful speaking tools leaders should employ is silence. Speech that relentlessly “assaults” the ear without pausing exhausts listeners.  Every time we deliver important content, our audience needs a moment to absorb and digest what we have said. Equally important, to appear to be a confident leader we must give our speech at the pace we want to deliver it, conveying a sure sense of control.