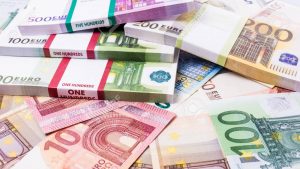 This is the first time Croatia issued treasure notes at a negative interest rate and Minister Marić hailed that as good information.

Earlier in the day the ministry issued treasure bills for 81 million kuna with a maturity of one year and at an interest rate of 0.01 percent, which was down by 0.01 percentage point lower than last week’s auction.

The ministry issued also treasury notes for 32 million euro with a maturity rate of a year and at a negative interest rate (-0.05%), which means that financial institutions will actually pay the Finance Ministry to keep their money in the form of those securities.

These transactions were conducted ahead of the maturity of treasury bills worth 199 million kuna and 50 million euro.

The balance of the treasury bills issued in kuna will be reduced by 118 million kuna to 17.84 billion kuna.

The balance of the euro-denoted treasury bills goes down by 18 million to 100.6 million euro.